Freedom and the American Dream 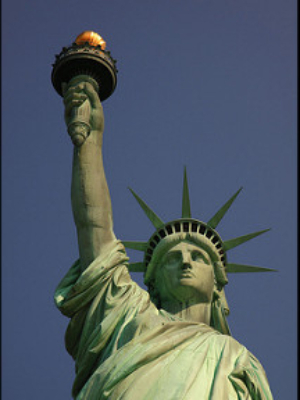 That dream was the driving force behind the voyage of the Mayflower in 1620. The Puritans and those that followed, established a moral, social and economic foundation that has given freedom to more people than any ideological system in the history of man.

They also wanted economic freedom- freedom to advance their careers and businesses without being held back by a “ruling class”. They wanted their work ethic to determine their economic status, not rulers in the church and civil government.

Their persecution kindled freedom and the American dream into embers. It soon grew into a determined, unquenchable fire! After great difficulty and much loss of life, the “pilgrims” soon began to prosper in America.

The growing number of families freely spread out away from the original Plymouth Colony. They needed land for farming and room for grazing cattle. Governor William Bradford’s journal explains that they were expanding outward, “as for the enriching of them selves.” The American dream was in the process of becoming a reality!

Freedom and the Pursuit of Happiness 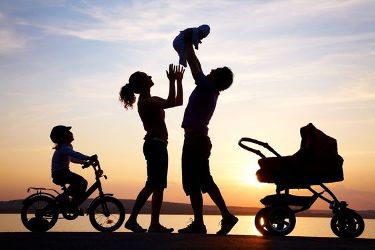 The pursuit of freedom and the American dream has stirred the hearts of many millions of people ever since. The goal of this site is to reveal, restore and sustain the path to true freedom; the pursuit of happiness that the early settlers and westward pioneers sought.

Freedom is an integral part of the American dream. That’s why the atrocity of slavery in America’s history had to be demolished! True freedom brings lasting joy. Real freedom brings spiritual and physical blessings. The “dream” today is often thought of as simply material goods. Ironically, the more materialism becomes the focus of “the dream”, the more freedom decreases.

America’s first founding document, the Mayflower Compact, was ratified before they embarked from the ship. It declared that they made the voyage to plant the first colony, “…for the glory of God and advancement of the Christian faith…” They still remained loyal to the King of England as their earthly king, but Jesus was their heavenly King.

By the 1700s the King of England had proven that his tyrannical reach crossed the vast ocean to interfere with the American dream. We celebrate a complete “separation” every July 4th. Our independence from England was fully ratified on that day in 1776.

The Elitists Always Show Up

When the people of a nation begin to build wealth through hard work, there are always “elitists” who make politics a career, instead of serving citizens. Their aim is to gain power through control of money and to make the less affluent dependent on them.

This can happen with local governments, as well. The terrible results are obvious in some big cities. The political ideology of those in authority in those cities is clear. When civil government is allowed to increase in power, the “common class” citizens become servants of the “ruling class”. This is completely contrary to freedom and the American dream!

That oppressive cycle has continued throughout the history of mankind, until the United States of America was formed. Our constitutional republic established the civil government as the servant of the people, under the “rule of law”. The USA is the exception to that long history of the “rule of man” over groups of people.

America is a place where a “poor” person can work to improve his economic condition, free from despotic government. That is American exceptionalism! Are we losing that founding principle?

When moral people stop leading, morality begins to be lost. With the loss of Judeo-Christian morality, an atmosphere is created where tyrants can rise up- just like the early Americans sought to escape.

With the election of Donald J. Trump in 2016 Americans were, once again, defending hard-won freedom. They were rebelling against those who do not respect our constitutional form of government: “of the people, by the people and for the people”.

We can rescue America from those who would transform our nation into something that has failed for thousands of years. Presidents and Congress cannot rescue the nation without a moral people backing them up.

Will the American Dream Be Lost?

When a large percentage of Americans begin to lose the wisdom that “self governance” under the rule of law is far preferable to the rule of man, freedom begins to wane. The Declaration of Independence established “the laws of nature and nature’s God” as the rule of law of our nation.

Without that spiritual anchor the American dream can be lost. Then the nation will, yet again, become subservient to those who control the wealth earned by the people.

The elitists in civil government will do one of two things regarding the churches. They will try to co-opt religion as a means to control people, as the King did in 17th century England. Or, they will try to squelch the influence of the Church on civil government. Those who prefer the rule of law to the rule of man threaten their power over the nation and its wealth.

The Anchor of Freedom is Truth

When the “pursuit of happiness” elevates wealth above morality, true freedom begins to be lost and happiness decreases. As the knowledge of spiritual truth recedes, so do freedom and the American dream. “The pursuit of happiness” is successful only in an atmosphere of good morality based on truth.

Wealth doesn't make a good person become a bad person. Wealth simply magnifies what a person already is. An ungodly person's ungodliness will be more obvious with more wealth. A giving person who attains wealth has more to give.

An unsustainable “reality” is fabricated by those elitists who fool many into thinking those in government know best. Those false concepts create a sense of dependency on the government. They deceive their way into the halls of civil government, educational systems, the media, and even some of the churches. Dependence on God is slowly replaced by dependence on civil government. 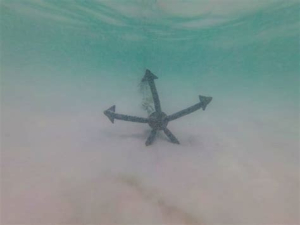 Jesus Himself promised, “If you continue in My word… you will know the truth, and the truth will make you free.” Truth solidly anchors freedom, so that it cannot be taken away. Loss of truth results in loss of freedom. “Relative morality” is a misnomer. Truth is absolute, or it is not true at all. The Word of God is the source of truth.

True Freedom and the original American dream had to be won. It must be sustained by those who are well anchored and grounded in truth. Or, it will be lost completely. Americans need to hear the truth. Then we can make good choices about how to live. Then moral, citizen civil servants will replace self-serving career politicians. 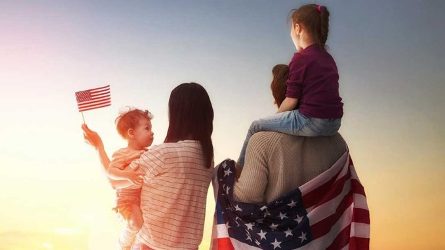 This website is dedicated to the pursuit and restoration of truth, freedom and the American dream. And, yes, politics and religion do mix. A majority of our founding fathers were Christian. Jesus was quite active with local "politicians". The Pharasees were given full civil authority over Israel, short of capital punishment. They had to ask the Romans for approval of that, and they did! That's when Jesus died to pay the penalty for our sins.

Today, moral people are needed to restore and preserve our nation’s founding principles. The Word of God describes a loving, merciful, and patient Lord. A God that gives us the miraculous lift that we need to “grow in the grace and knowledge of Jesus Christ”.

Let’s work together to “make America great again”, in ways President Trump may not have imagined at first. God is willing to do great things, if we join Him. The Word of God was once the guiding force of the nation.  America’s moral compass needs to be “recalibrated”! As Americans we need to repent to receive spiritual renewal.

America needs to reestablish the Word of God as our compass. It must begin in our own personal lives. What are you willing to do to restore and preserve freedom and the American dream? Will spiritual renewal start and spread from your own life? If so, the United States of America needs you now!

We need to ponder, "What is Truth?"

Prayer will be absolutely critical.

Some in America call evil good and good evil.