Self Government: A Right and Responsibility

God gave us freedom of choice through self government from the beginning of mankind in the Garden of Eden. If we let it, civil government will take freedom of choice away from people. Biblical Christian principles are all about self-governance. "I have set before you life and death, the blessing and the curse. So choose life..." Deuteronomy 30:19

John Adams, “Our Constitution was made only for a moral and religious people. It is wholly inadequate to the government of any other.”

2 Peter chapter 1 encourages dilligence in moral excellence and persevering self-control. (Verses 5-8)  In Galatians 5 self control is an integral part of the "fruit of the spirit".

1.       Accepting responsibility for everything we do.

2.       Accepting responsibility for everything we failed to do but should have done.

3.       Accepting responsibility for how we respond to things we can’t control.

Taking Responsibility for Everything 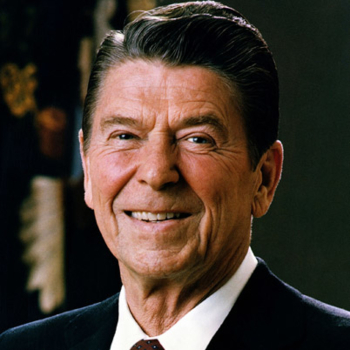 Ronald Reagan, “We must reject the idea that every time a law’s broken, society is guilty rather than the law breaker, It is time to restore the American precept that each individual is accountable for his actions.”

Those who left England and Holland to establish colonies in America did exactly that. They went through very costly, painful experiences, including loss of life to correct what was happening. That determination was passed down for generations until it was complete. It is our responsibility to restore and always maintain that hard won freedom of self-responsibility.

Complete self government embraces responsibility for all three of the above. If we give up any one of those and blame someone else for what happens to us, we have just accepted that we are victims and have no choice. We give up the power to govern ourselves to someone else to the extent that we accept victimhood.

We give up power and freedom when we lack responsibility and self-control. 2 Timothy 3 explains that even those who appear to be "godly" lose power when they lack self-control.  Without good self government we give away our God-given freedom of choice and personal responsibility for the choices we make.

The more we let the civil governments of our nation, states and localities make decisions that we should be making for ourselves, the more we give away freedom. We stop taking care of ourselves and begin to depend on others to “take care” of us. When we let the civil government become a nanny state, we give away our responsibility to make good decisions for our lives. Without moral self government we lose the God-given gift of freedom of choice.

Self Government & The Rule of Law

Self government is at the core of the founding principles in the U.S. Declaration of Independence and the U.S. Constitution. “Self governance under the rule of law.” Civil government is helpful in assisting in the organization of society, states and communities and their interaction with each other across the nation.

Civil government is also needed to protect people from those who will not exercise good self government, under the rule of law. That law must be based on “the law of nature and nature’s God”. A moral people will be able to agree on morality and the rule of law. Those who rebel against godly laws will be forced to obey to protect others from their dangerous foolishness.

The founders of this nation endured perilous effort, including loss of life, to take responsibility for how they responded to a dictatorial civil and church government. The King and Church of England insisted on making major decisions for its people, including dictating their religious beliefs and practices. At great cost this nation was founded on people taking responsibility for their own decisions about how to live. 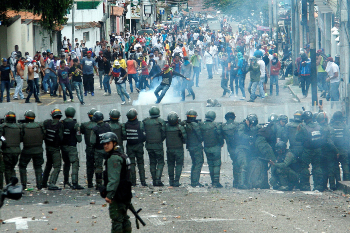 Venezuela, 2016 From wealth to collapse. Reuters

When a democratic republic is transformed into a socialist government, responsibility is handed over to elitists. Complete socialism culminates in the civil government controlling all manner of commerce, the economy and private ownership of property. This results from a rejection of the biblical principle of personal responsibility and self government. God-given freedom is taken from the people.

Through immorality, a breakdown of personal and family responsibility occurs and dependence on a burgeoning civil or church government grows. Elitists want the people to depend on them. They gain control. The people lose control and freedom disintegrates. Power shifts from the people governing themselves to those whom the people become dependent upon.

Civil government is supposed to be the servants of our citizens. We used to refer to government employees and officials as “civil servants”. The history of mankind is one of giving away, or letting others take away, the freedom of self government.

Throughout history, civil “servants” have always been allowed to become the master, instead of the servant. The USA has been the only exception to that. That is what makes the U.S. an “exceptional” nation. That’s the meaning of the term “American exceptionalism”.

When reversal of the role of government happens, civil or church government becomes the master, instead of Jesus being the Master of our lives. At that point, King Jesus is shown the door and He walks out until He is invited back in. He gave us freedom of choice.

At this point in our U.S. history it is vital that we invite Him back in to be the head of our lives and of our civil and church governments. God allows freedom of choice but He offers to give us His wisdom freely, if we choose to seek it. (James 1:5) With that founding wisdom we are an exceptional nation.

Being an exceptional nation simply means we are the exception to what has happened throughout the history of mankind. Our nation was founded on self government under the rule of law, the law of nature and of nature’s God. With no king, but King Jesus!