Hearts of the Fathers to the Children

The spirit and power of Elijah will “turn the hearts of the fathers to the children, and the disobedient to the wisdom of the just, to make ready a people prepared for the Lord.” (Luke 1:17) This was a prophecy given by an angel of the Lord directly to Zacharia about his soon to be conceived child. His son, John (the baptizer), would prepare people for the revealing of the Savior, Jesus Christ. This angel of the Lord was quoting the prophet Malachi recorded in Malachi 4:6 over 400 years earlier.

Jesus was born a few months after John. John prepared the way for Jesus, who was God in human form. Jesus was conceived miraculously through the Holy Spirit by John’s mother’s cousin, Mary. (Matthew 1:20) Jesus’s ministry would culminate with His crucifixion, resurrection, and ascension.

John’s calling and destiny, in the spirit and power of Elijah, was to prepare the way for that most pivotal event in all of history: salvation for all mankind through Jesus. Turning the hearts of the fathers to the children and the children to the fathers was and is a critical part of preaching the good news of the ever-increasing establishment of the kingdom of God on earth. (Isaiah 9:7)

A core part of God’s kingdom is the sacred institution we call “family”. God is building a family. Parents should exemplify God’s unconditional, self-sacrificing love. Without the example of loving fathers and mothers on earth, it is difficult for a child to comprehend the Heavenly Father’s love.

The prophetic scripture quoted so often at Christmastime, Isaiah 9:6, even contains the word “Father”. “For unto us a Child is born, unto us a Son is given; And the government will be upon His shoulder. And His name will be called Wonderful, Counselor, Mighty God, Everlasting Father, Prince of Peace.”

In the Spirit of Elijah

John preached in the same spirit and power that Elijah did. Elijah is the one who told people to decide between worshipping Baal (an evil false god) or the Lord, the only true God. (1 Kings 18:21) Elijah called fire down from heaven to show God’s power in comparison to Baal’s lack of it.

Both Elijah and John preached these demanding words powerfully without fear. The very purpose was to turn the hearts of the fathers to the children and to prepare a people for the Lord through godly families. Preaching repentance from sin either causes people to repent or to hate the preacher! Both prophets boldly preached repentance and turning to God at great personal cost. John eventually lost his head over it. (Matthew 14:10)

Turning the Hearts of the Fathers

Today, many American fathers have refused their responsibilities to love their children. Many of the hearts of the fathers are not fully dedicated to raising their children in a godly atmosphere. In way too many cases, “fatherhood” is an accident that happens in sexual immorality, or even violence! Many children do not even know their father.

Because so many of the hearts of the fathers (and mothers) are not for their children, 40 – 50 million are not even allowed to be born each year worldwide. That is approximately 125,000 per day! It is because of that horrendous worldwide genocide that the prophet Malachi warned there would be a curse over the whole earth. All of that can be forgiven and healed.

That genocide is happening now and was begun with a vengeance with the Roe V. Wade Supreme Court decision in 1973, which essentially called genocide a human right! That curse over the whole land has been growing steadily. Unless the hearts of the fathers are turned to the children and the hearts of the children are turned to the fathers, the curse will only get worse.

Notice carefully how Malachi 4:6 concludes. “He will turn the hearts of the fathers back to their children and the hearts of the children to their fathers, so that I will not come and strike the land with complete destruction.” Notice two things here: “He will turn” … “so that I will not”! Our merciful God will bless us, even though we don't deserve it.

This very year (2022) we have a short window of opportunity to turn this horrible atrocity around completely. As of the original date of this writing, (December 2021) a major case had gone before the Supreme Court of the United States (SCOTUS) proving that the infamous case, Roe vs. Wade, was a grievous error in the history of America.

After several months of deliberations, the justices of the SCOTUS are expected to reverse Roe. This landmark overturning must set the stage for the greatest revival in the history of the world! We stand at a crossroads: 1. massive spiritual revival as the hearts of the fathers are turned to the children or, 2. Utter destruction. We know what God’s will is. So, we have an opportunity to pray it into reality as Jesus taught us to pray. “Your will be done on earth…”

A Year of Jubilee?

Take note of something significant about this recent history of “legalized” abortion. (SCOTUS has no authority to enact laws, as was assumed with the Roe case.) The Roe case was decided on January 22, 1973. So, January 22, 2022, marks the end of 49 years of this mass murder of babies. (This page just happens to be being published on this website on January 22, 2022. It became inaccessible on a dead computer until yesterday. Many prophetic words have entered the hearts of a lot of modern day prophets that include the numbers 222 and 2222. But that's another topic altogether.)

Many, including we, are believing that this jubilee concept applies to the separation of families caused by abortion for the last 49 years. Because of the decision of Roe v. Wade 49 years ago, America in general entered into a covenant of death with the devil. The spiritual state of America has plummeted since that date of infamy!

Through God’s everlasting mercy, in this 50th jubilee year we can “proclaim liberty throughout all the land to all its inhabitants”. Many have been unaware of our captivity to this death covenant these five decades. Those who knew have been mostly silent! 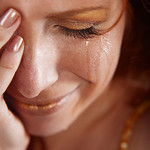 During this nearly 50 years, many women (and men) were deceived into participating in the horrors of abortion.  They have been cursed with a guilt they thought they could not escape! That release is here in Christ Jesus! The new covenant in Christ's spilled blood covers the sins of all mankind.

That covenant with death is about to be evaporated into the atmosphere and replaced once again with the American covenant that declares that all humans “are endowed by their Creator with certain unalienable Rights, that among these are Life, Liberty and the Pursuit of Happiness.”

His Mercy is Relentless

“God’s mercy endures forever.” “His mercy never ends.” Christ paid the penalties for all sin. All we must do is accept it and “Go and sin no more.” We will sin again but can repent again. We must not “continue in sin” willingly. Repentance must be genuine. His mercy is “new every morning”. (Psalm 136; Lamentations 3:22; John 3:16-18; Romans 6:1)

You can be forgiven for whatever you have done in sin against our relentlessly forgiving Father. The heart of the Father is turned to His children. Let’s work to turn the hearts of the fathers of America to our children. This miracle is already in progress. 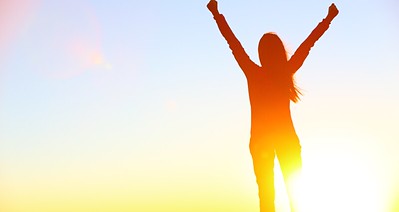 Life begins in the family with marriage between a man and a woman that are committed to each other in love. Happiness begins when the hearts of the fathers (parents) are turned to the children. Then the hearts of the children are toward the fathers. That supreme example of God, the Father, and His created family, results in liberty throughout all the land. And ultimately, an eternal life of liberty! 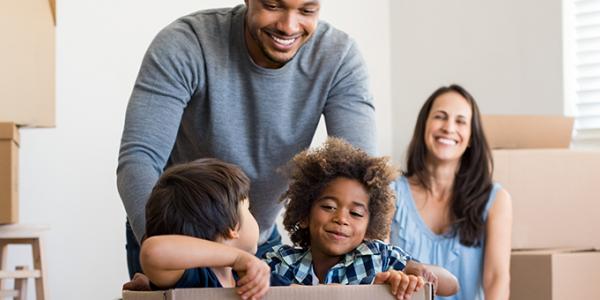 As of this writing, the US Supreme Court Justices have not yet announced their decision overturning the curse-bringing Roe V. Wade error of 1973. We are confident that our decree that God’s will is to be done in this case, will be realized in a few months during this “jubilee” year.

Speak Life: A Voice to the Silenced Victims of Abortion

We support the following ministry where, "Parents are empowered to break the silence by giving their unborn child a voice. These stories tell the raw truth about how the decision to abort negatively affected their lives but also how a personal relationship with Jesus has helped them navigate their heart-healing journey." Please visit: Speak Life